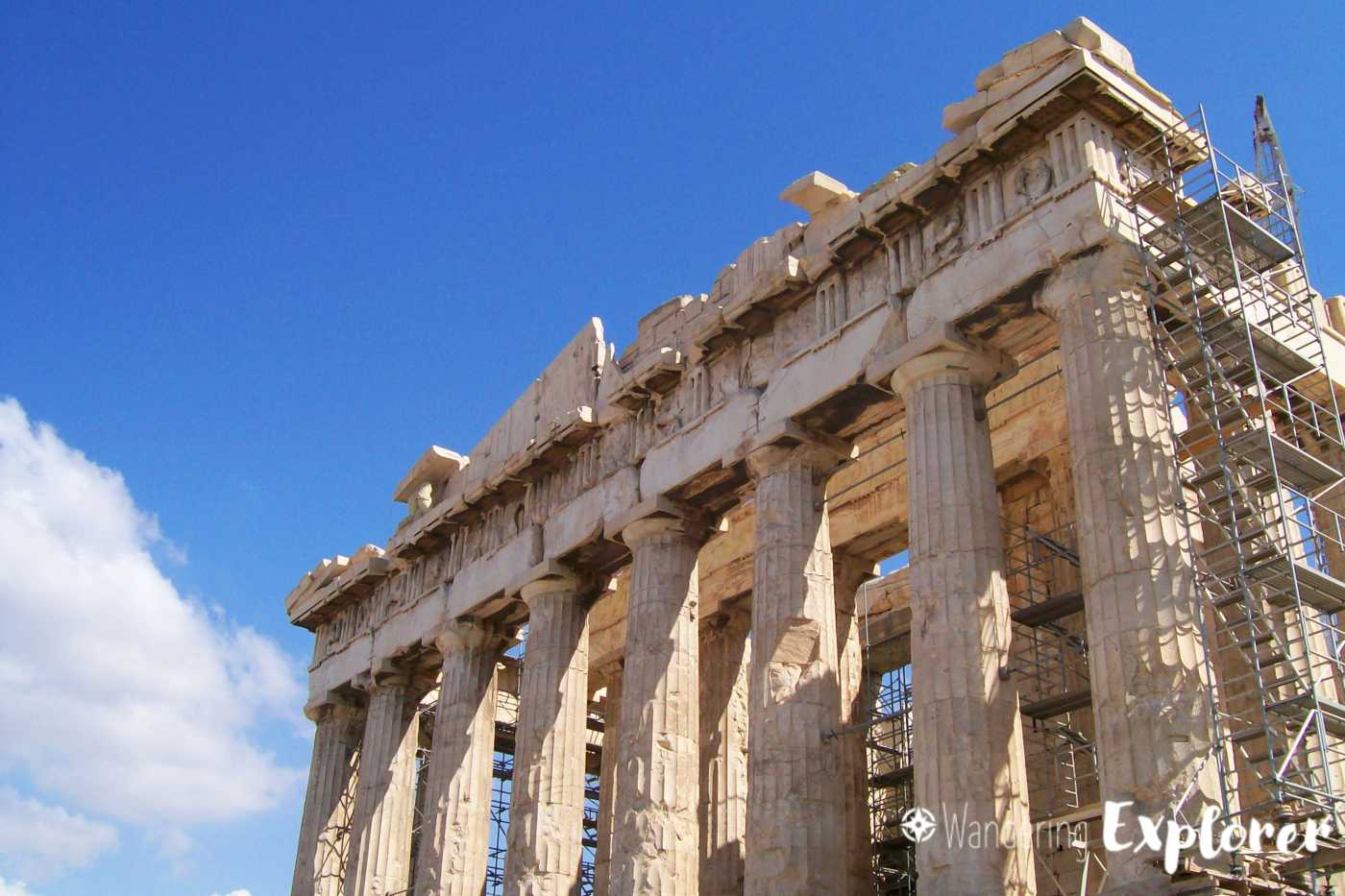 Athens confronted me with a problem that I had anticipated earlier but had been spared: Language barriers. My mother tongue is German and I speak fluent English and (even though a little rusty) French. Additionally, I had 1.5 years of Spanish in high school, so even though I don’t have any active vocabulary, I understand some of it. With this repertoire, I had been able to easily navigate France, Spain and Italy (since there are a lot of similarities between Italian and the other languages). Additionally, all of these counties use the same alphabet, which makes it easy to move around streets, use public transport, but groceries and order at restaurants.

In Athens though, my selection of languages was not enough. Greek to me sounds like no other European language that I am familiar with and the Greek alphabet is a closed book to me. And to be honest, that situation initially overwhelmed me a little and made me feel insecure and isolated. I stuck to basic items that I could recognize at the grocery store and needed help from the receptionist to figure out how to look up a train connection from Athens to Istanbul on the hostel’s computer. I was very much out of my comfort zone.

Additionally, one of my rookie mistakes were catching up with me in Greece. First and foremost: My show selection. Admittedly, at 21 I valued cuteness over functionality. I did pack a decent pair of sneakers but did not account for the prize I would pay for my 5€-H&M flip flops. By the time I reached Athens and after miles of running around Madrid, Granada, Venice and Rome, they were run down and cut into the soles of my feet. Every step through the cradle of democracy hurt and no band-aid could help cushion the pain. I have the scars to remind me ’til today.

For those reasons, I did not enjoy the Greek capital as much as I might have. I did visit the main sights but I was miserable and did not fully appreciate them. And I regret that. Especially since so many people I have encountered since then have been gushing over their travels to Greece, especially to some of the Greek islands. For that reason, I hope to return to Greece and give it another shot. And I will sure to bring sensible shoes and band-aids. Just in case.

How about you?
Where have you encountered the most stark language barriers?

Cover picture was taken in Athens (Greece) in Sep 2008