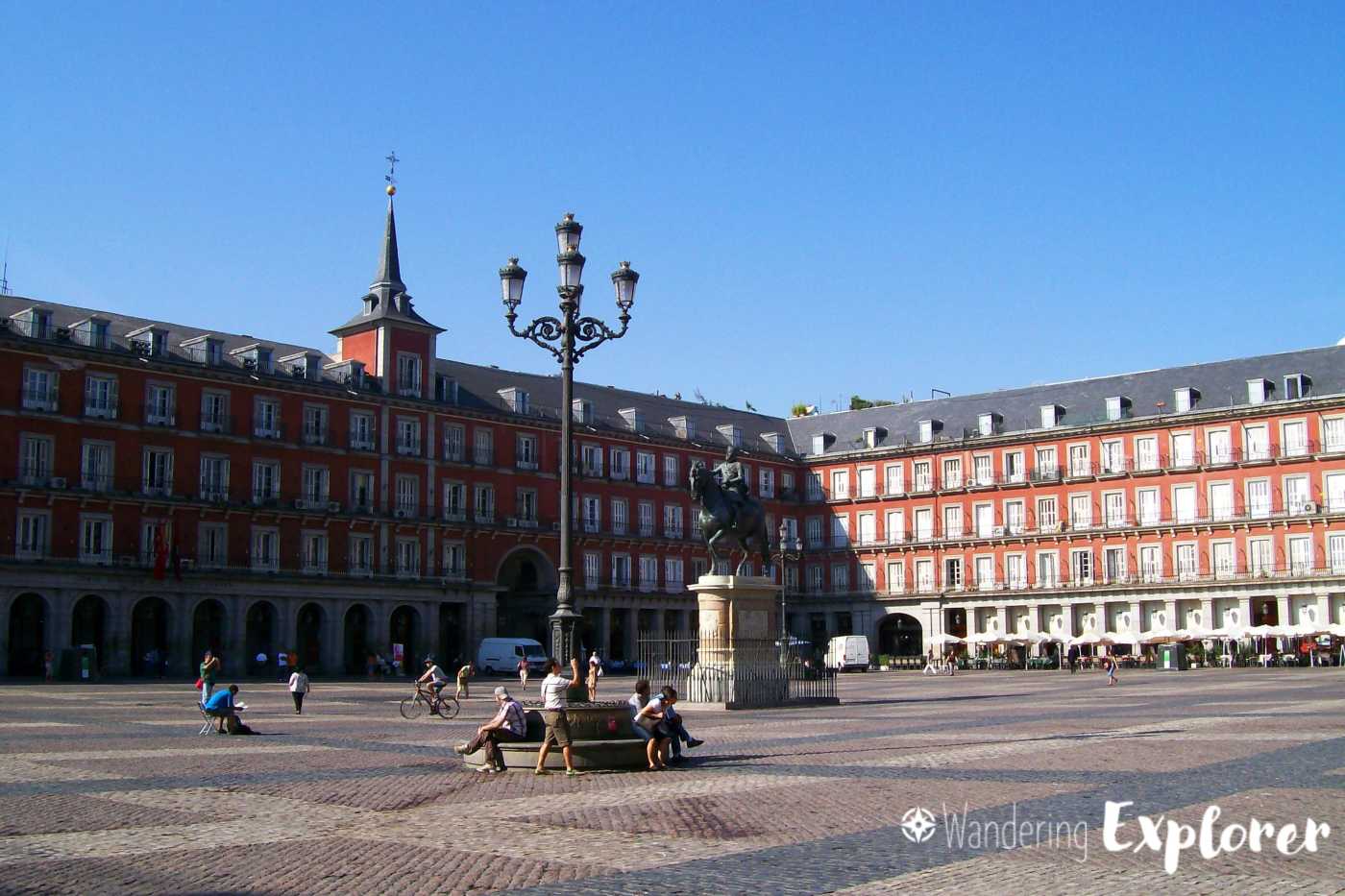 On August 31th, 2008, I boarded the first actual train ride of my Interrail journey. Switching trains in Bordeaux and Irún, it took over 12 hours to get from Paris to Madrid. I remember being slightly nervous at the first ticket control. But the conductor seemed to be used to Interrail tickets (back then they were still on paper), swiftly validated it for that leg of the journey and went on with his business.

Madrid honestly underwhelmed me though. It has some beautiful architecture, like the Plaza Mayor or the Catedral de la Almudena, but was lacking a certain something for me personally. But, aside from delicious tapas, Madrid introduced me to something else: My very first (free) walking tour!

I was walking down a commercial pedestrian zone, when a young lady with a bright smile in a red shirt approached me. Being from Berlin, I initially thought, that she was trying to sell me something and was just about to dodge her. Instead, she asked me, whether I wanted to join her and her group for their walking tour of Madrid, which I declined stating that I did not have the budget for it. But she seamlessly shut that down and explained that the tour was free. If anything I could leave the guide a tip of my liking at the end of it. This surprised me and even though a part of me remained skeptical and sensed a hidden agenda (maybe they were going to try to sell me something later!?), I decided to join the group since I did not have any other plans.

And I am so glad I did. The walking tour and guide were great. She took us to all the central sights in 3 hours and enriched the stops with lots of history and anecdotes of Madrid and Spain. I truly got to appreciate the Spanish capital for it’s rich and tumultuous history. One of my favorite things that I learned on that tour was how in 1969, Prince Juan Carlos (more or less) tricked dictator General Francisco Franco into making him his successor, after having sworn “in the name of God and on the holy gospels to uphold the laws of the Francoist state and remain loyal to the principles of the Movimiento Nacional”. Two days after Franco’s death in 1975, Juan Carlos was crowned king and quickly started a national and international campaign for democracy. Sneaky, sneaky!

The tour organizer turned out to be SANDEMANs NEW Europe, which as of 2020 offers tours in 20 cities across Europe, the Middle East and the USA. Being blown away by my first tour, I have sought out their freelance guides in 14 cities so far (even in my home town Berlin). It is such a great and interactive way to initially explore a city and get some background information and history lessons. It is also great to connect to other travelers in your tour and ask a local all of your burning questions that Google might fail you on.

The free walking tours, operate on a tip basis. Simply leave the guide whatever you deem appropriate and can afford at the end of the tour. I have paid everything from 2€ (when I was still a university student and was on a tight budget) to 30€ when the tour was absolutely amazing.

Additionally, SANDEMAN offers affordable specialized tours (e.g. food, history, street art, ghost tours) for on average 30€ per person. I took a day tour to Howth, when I was in Ireland back in 2017, which was gorgeous and nothing that I would have ever thought to do on my own. If you get an opportunity, please make sure to check out any of the SANDEMAN tours, I know that you will not regret it.