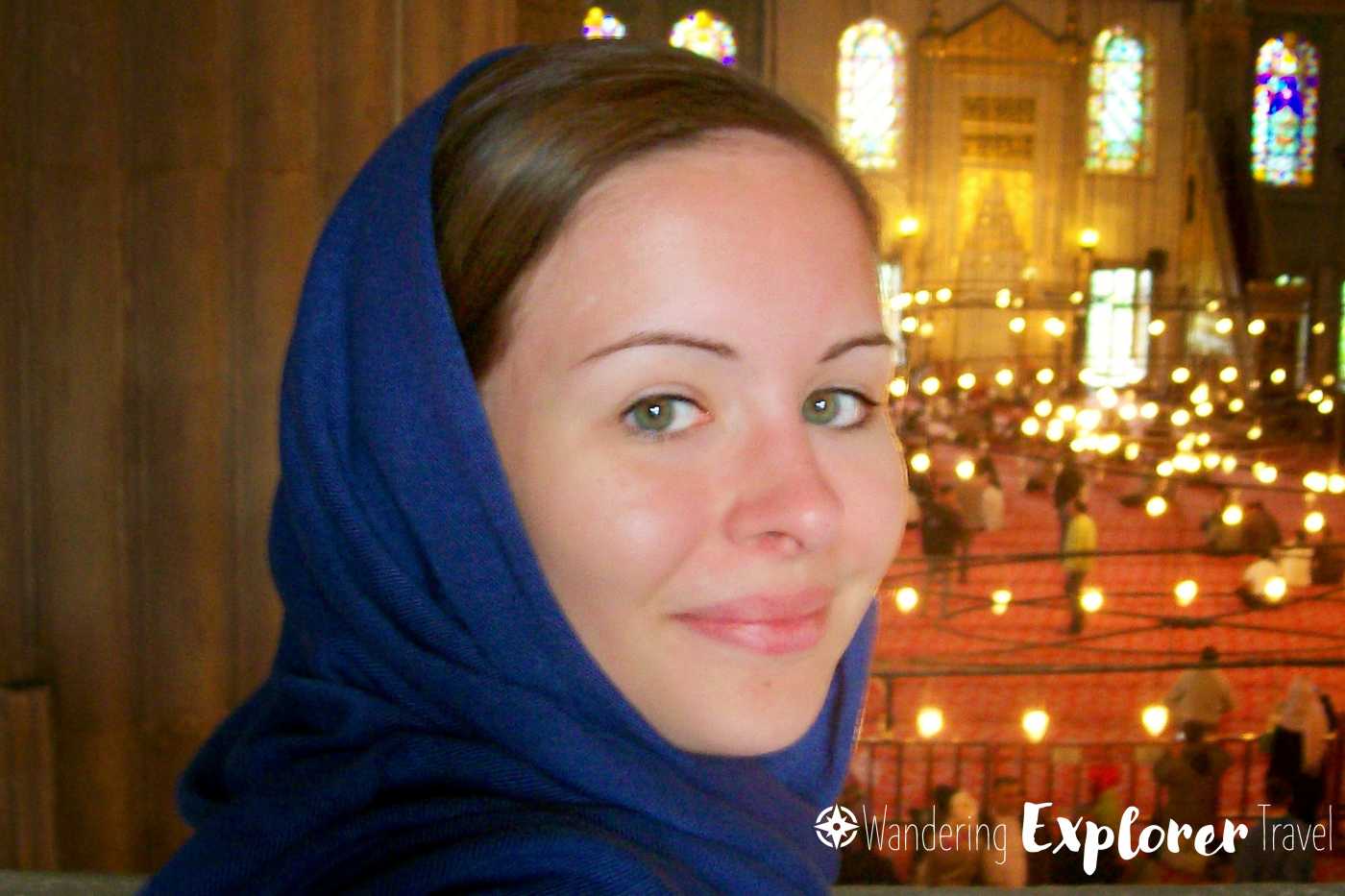 One of my top things to see in Istanbul was the Sultanahmet Camii, also referred to as the Blue Mosque. Specifically for that visit, I had scouted the Grand Bazaar for a suitable scarf as a head covering. And after a little bit of customary (even though for me very uncomfortable) bargaining, I came away with a deep blue shawl.

Fully equipped and properly educated on the dos and don’t of visiting a mosque, I made my way over to the iconic place of worship. On the outskirts, I was a little overwhelmed with the hustle and bustle (which might have been heightened due to the upcoming end of Ramadan). But after I had covered my head, removed my shoes and entered the building, I was blown away. I could not take my eyes off the intricate wall embellishments and the low murmurs of prayers and teachings felt intoxicating. I made my way to the balconies that are reserved for women and children and just took in the spectacle and energy for a long while. I was mesmerized and felt like an addict. A part of me wanted to just linger in the otherworldly sensation.

Instead I came back on my last day in the city to duplicate the first experience. This time, instead of heading up, I stayed on the ground flower and found a seat on the floor close to room divider separating the men’s section from the common ground to get a good look at the worshippers and prayer groups on the other side. Close to where I was, a couple of Turkish women had made themselves comfortable, their small children playing on the carpets and running about. One of the little girls was starring at me wide eyed and could not seem to pull away. I smiled at her, which prompted her to hide behind her seated mother. She laughed and started speaking softly to her daughter.

When her child would not be coaxed, she turned to me with a bright smile and asked me where I was from in Turkish. And even though I did not speak Turkish and they did not speak German or English, we ended up having a full fledged conversation with a mixture of basic words and body language. About her daughter, about my head scarf (which they very much approved of), of Germany, of Turkey… It was such an unexpected encounter and yet left a clear mark on me. It warmed my heart to experience first hand that as long as you are willing, you don’t need to speak the same language. As long as we are open minded and welcoming, we can make human connections and create memories with anyone that we meet along our journey. And I am grateful for all of them.

How about you?
Have you ever had full interactions with your hand and feet?

Cover picture was taken in Istanbul (Turkey) in Sep 2008