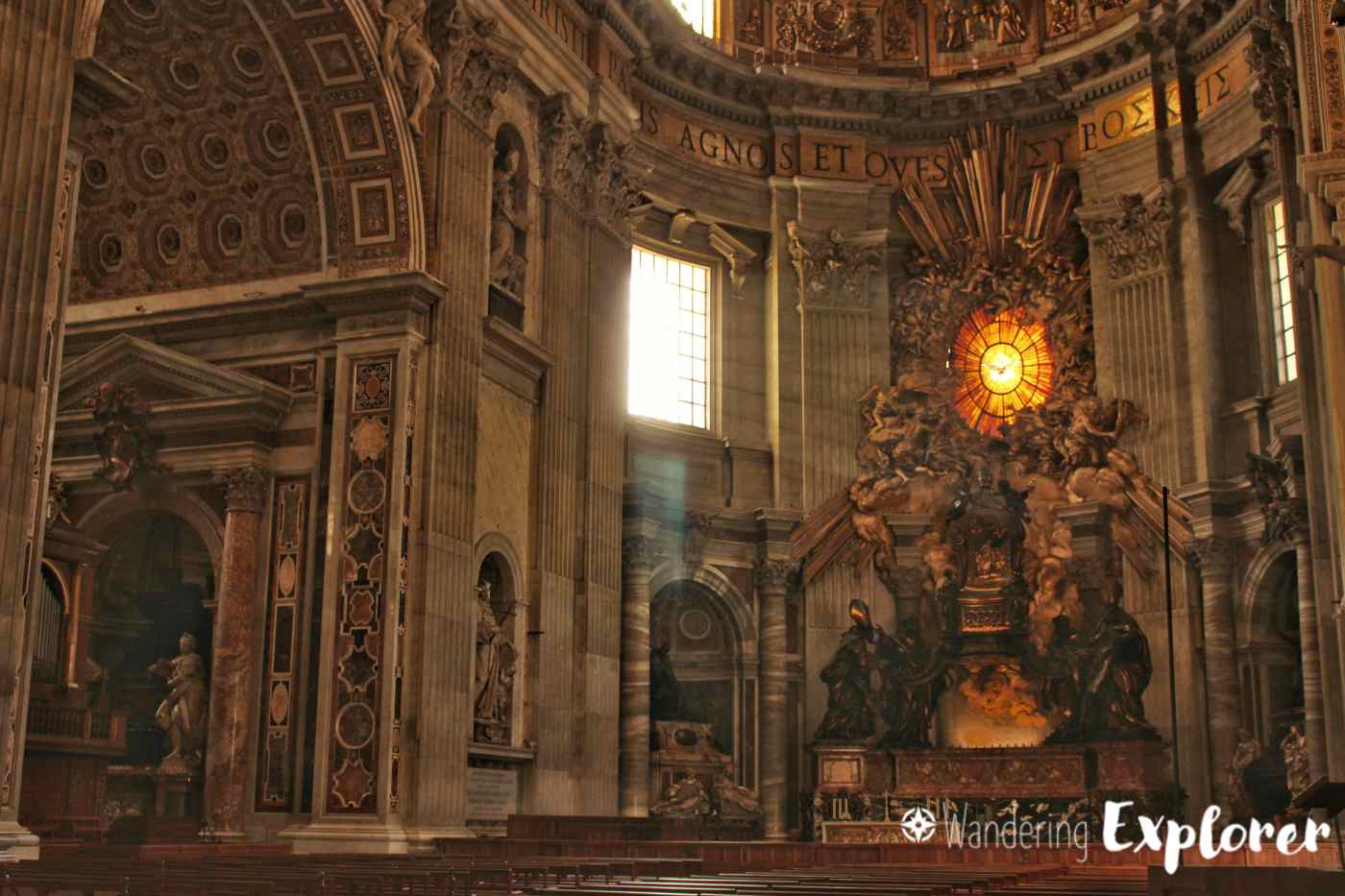 Living abroad and/or with a significant other from a different cultural background, you sometimes see yourself and your upbringing through a different set of eyes. Things that you might not otherwise question and usually take for granted can very suddenly be open for interpretation and reflection.

My spiritual journey has been an interesting one. I was baptized in the Protestant faith as a baby and was confirmed when I was 14 in Southern Germany. Additionally, I always enjoyed religious education in elementary school and also high school. Our teachers taught us about the bible as well as the different world religions and ethics in general. I was fascinated and soaked a lot of the information up like a sponge even though I was not sure if I believed in God or not. But a rational part of me went with the philosophy of Marc Aurelius:

Nevertheless, my teenage years in atheist and worldly Berlin had very much turned me away from any form of church or faith and left me highly skeptical of anything or anyone tied to it. That had only been further ingrained in me during my time in Florida (USA). At 16, I kept being shocked and offended by people’s common use of phrases like “God bless you” and “God be with you” without inquiring of my beliefs. To me, that felt deeply offensive and like people’s faith was being pushed on me against my will. Additionally, being faced with people’s open display and proclamation of faith in the U.S. was definitely a culture shock. In Germany, it is treated as a very personal and private thing. Religion and faith are not part of the public discussion. We tend to use religious symbolism in figures of speech and expressions. Calling out “Gott sei Dank” (Thank God), “Zum Teufel nochmal” (to the devil/hell), “Gott verdammt” (God damn) etc. are very commonly used but don’t usually hold the literal meaning anymore. Meeting people in the U.S. who use religious wording with such vigor and on a common basis is very different from that.

Personally, I got more religious and open regarding other people’s beliefs and faith in general through my significant other. He is a Christian and has actually been training to become a priest in the Episcopal Church. When he initially told me that, I was a little bit taken aback and was confronted with my own prejudice. But he has never tried to convert me or anyone else. Instead he is actually very open-minded and ready to address any question or topic that might come up. Our deep and respectful discussions over the past years have broadened my horizon immeasurably and put me in touch with my actual spirituality. It’s been a fascinating personal journey ever since we met.

Through reflecting on and questioning my believes and values, I figured out a couple of years ago that even though I am not religious or affiliated with any church, I believe and enjoy spirituality. This is most noticeable whenever I enter a place of worship, not matter what dominion. Church, temple, mosque… when I am in places dedicated to people’s devotion, I feel this strong sense of peace, calm and timelessness. I love to linger in that energy. I also like to join religious ceremonies and enjoy the feeling of community and goal of a greater good. I find a lot of comfort in the songs and the universal messages.

I also came to realize that I believe that there are higher powers and/or energies holding everything we know together. To keep it simple, I call it God when I pray, sometimes the Universe in conversation. And praying has very much become a part of my life. Whether it’s to express my gratitude or find some comfort in times of need, I’ve discovered prayer to center me in a way that hardly anything else can.

But I don’t believe or ascribe to one specific religion. Christianity is the one I happened to grow up with and the one I know most about. But at the end of the day, there are elements in Islam, Judaism, Buddhism and Hinduism that appeal to me and are a good moral compass. For that reason, I admittedly I tend to pick and chose and adhere to their universal messages:

Additionally, I believe that at their core, humans are inherently good. I also believe that people across the world have more that unites us than divides us. In scheme of what is happening on the world stage, this might sometimes seem far from reality. Nevertheless, discounting world scheming and world politics, my travels around the world have shown me how natural human connection is, how much we have in common, how much we long for the same things. We share a common story. We just need to look for it.

How about you?
What is your take on religion and faith?

Cover picture was taken in St. Peter’s Basilica in Rome (Italy) in Feb 2017

3 thoughts on “Through other’s eyes: I have faith”