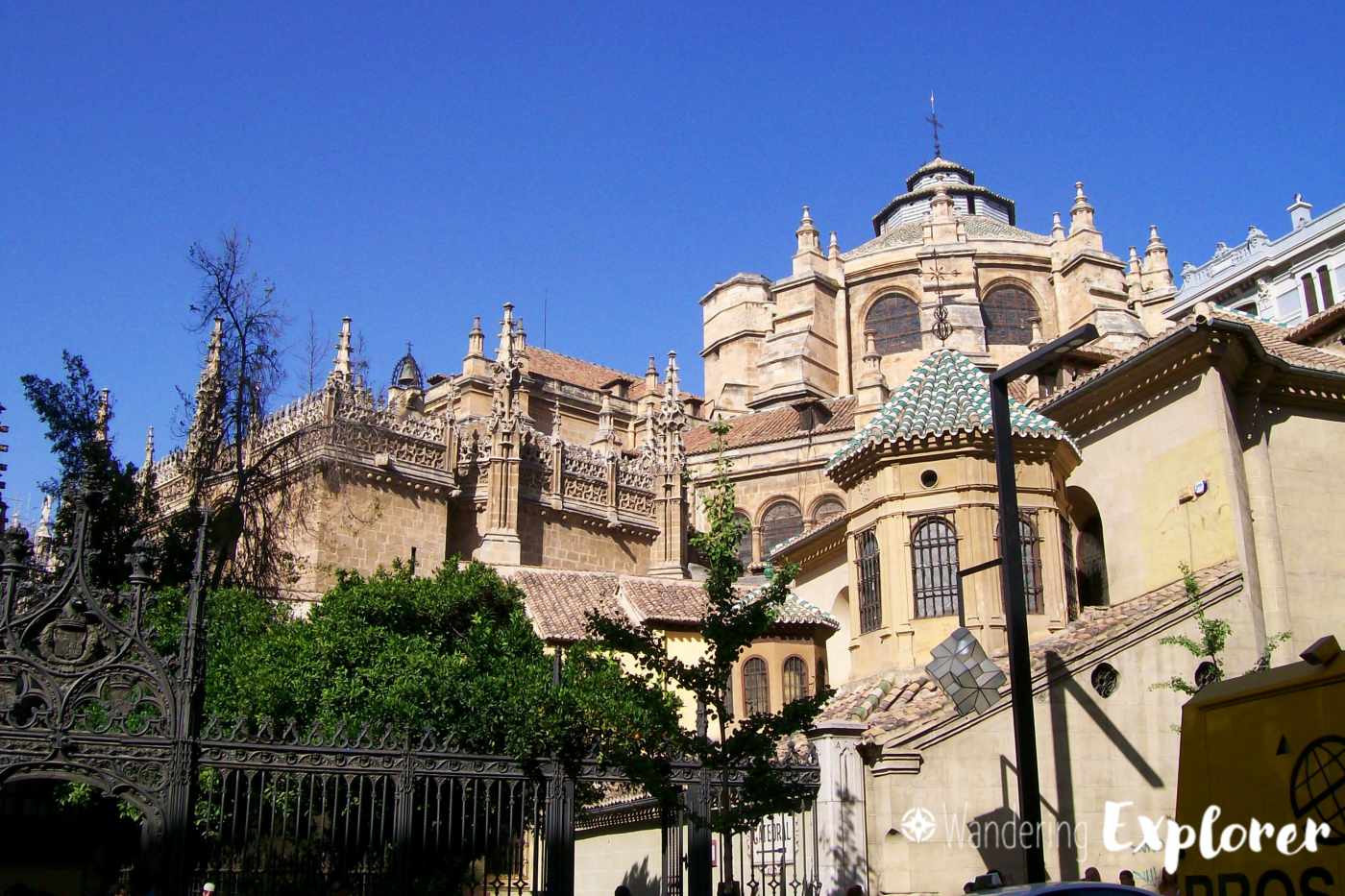 On September 3rd, 2008, I continued my journey to Granada. I had initially heard about the Alhambra in an art history lecture about gardens through the ages. The professor explained the importance and symbolism within the fortress complex and I was hooked. So, Granada seemed like a natural stop-over during my Interrail trip.

When I initially got to Granada though, I hit a rough spot. I had been on the road for about a week and had been overextending myself. Like a lot of travel rookies I had been trying to fit in as many sights as possible, not leaving enough time to rest and process.

When I arrived at the train station, I was surprised that I could not find any free city maps, something I was pretty much relying on to find my way around in that pre-digital age. I had the address of the youth hostel I wanted to stay at, but I did not know how to find it. Since I had written down rough directions to the tourist information, I decided to make my way there first. That way, I would be able to pick up a map and ask for directions to the hostel.

In theory the walk should have only been 1.8 km (1.1 mi), but I got terribly lost on the way and kept walking the same small streets and alleys over and over again with my 14kg (30.7 lb) backpack in the Andalusian heat. I tried asking people along the way for help, but my Spanish was rudimentary at best and the people I encountered did not speak English and were in a rush. After what felt like 45 min of searching and going in circles, I was desperate and exhausted with both my feet and my back hurting. Luckily, I ran into a small group of college students who turned out to be American exchange students. They were super bubbly and more than happy to help me out, even walking me the last two streets to my destination (I was that close by that time).

The youth hostel turned out to be super close to the train station, so I had to walk another 2.2 km (1.4 mi) back, but the map and specific directions from the tourist information made my steps more determined. I was ready to just lay down and admit defeat for the day.

Cover picture was taken in Granada (Spain) in Sep 2008