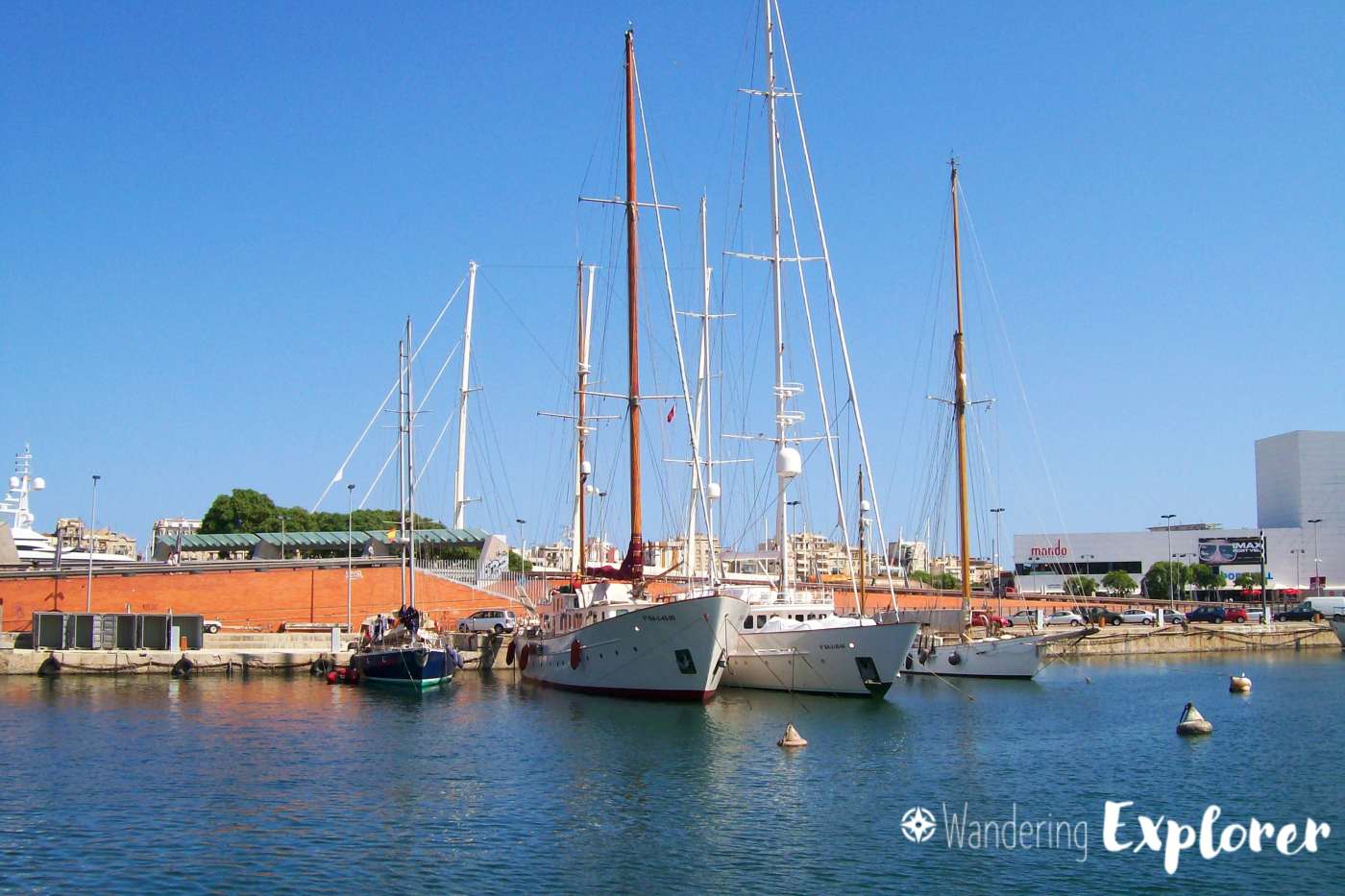 On September 6th, 2008, I took my first night train of the journey. And my only sit-up night train (would not recommend, if you can spare the money). Luckily, I had a lovely girl my age sitting next to me for the ride who made the night pass very quickly. She was from Portugal and I was quite impressed by the amount of languages she spoke fluently, including both Spanish and Italian. On top of that she was able to answer a lot of my questions about the different countries and be my sounding board for my observations.

I arrived in Barcelona in the early morning and made my way to my youth hostel just off Las Ramblas. After I checked in and was able to leave my backpack in the baggage room, I started heading out for my day of exploring.

On my first day, I joined another walking tour (I don’t remember the provider though). This took us around the main attractions in the city center. Similar to the Alhambra, I was so mesmerized that I (again) forgot to take all the pictures that I maybe should have. Talk about living in the moment. But I remember being very much in awe and just trying to take everything in.

My second day in Barcelona went a little bit different. I met an Austrian girl my age at the youth hostel. She was going to attend university in the city and in the process of preparing her move to Barcelona and looking at apartments and corresponding roommates. We got along well enough and she invited me to tag along for her day. This gave me the opportunity to ask additional questions about life in Barcelona and Spain.

I even attended one of the apartment viewings with her that day and had a bit of a culture shock. The apartment was beautiful, with high ceilings and a small, but good layout. She would be sharing the apartment with 2 roommates, with a shared living room, kitchen and bathroom. It all sounded okay to me until I heard the price: Rent would be 600 €/month! Coming from Berlin, I was shocked. Back in 2008, rent prices in the German capital were still pretty affordable (things have changed in that regard over the last couple of days as well). Rent for my first studio apartment the following year was 310 €/month. I was spoiled by Berlin’s real estate market and could not imagine paying that much money to live with (a) roommate(s). But I found out after that meeting that the rent was quite average for Barcelona, so who was I to judge. For better or worse, if I had considered moving to Barcelona, that idea might have evaporated very quickly at that point.

How about you?
Where you every shocked by rent prices in a place that you visited?

Cover picture was taken in Barcelona (Spain) in Sep 2008